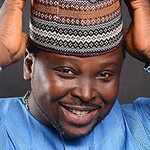 Taiwo Ibikunle is a prominent Nollywood actor, producer, director, stage performer, and television presenter. He was born in Kaduna State and hails from Osun State. He is known for his lead role in the highly successful Yoruba movie "Eji Owuru" (2003).

Taiwo Ibikunle was born in Kaduna State and grew up in Ibadan, Oyo State, he hails from Osun State. He is a prominent Nollywood actor, producer, director, stage performer, and television presenter. He has a twin sister Kehinde and both are the last born of their parents.

In the 70s, he relocated from Kaduna State to Ibadan, Oyo State along with his family, where he had his education.

He had his primary education and obtained his First Leaving School Certificate from Sacred Heart Primary School.

He obtained his Bachelor of Arts (BA) degree in Theatre Arts from the University of Ibadan, Ibadan, Oyo State.

He later bagged his Master of Arts (MA) postgraduate degree in the same department and university.

He started his acting career as a stage performer from his university days, he was a member of his department's theatre company named UITAT.

He did a number of on-screen television soap operas with the company for the Broadcasting Corporation of Oyo State (BCOS) Television while in school. He had the opportunity of performing alongside the like of veteran playwright and actor late Chief Wale Ogunyemi (OFR) and top comic actor Afeez Oyetoro (Saka).

He first featured in a Yoruba movie in the movie titled: "Akinkanju".

in 2003, he shot to limelight when he took on his first lead role in a Yoruba movie, casting as "Kopa Olaniyi Agbalajobi" in the movie titled: "Eji Owuro", produced by Bimbo Oshin Ibironke.