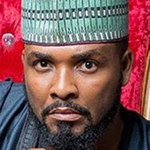 Paul Sambo is a popular Kannywood/Nollywood actor, he has starred in many Hausa titled movies. He was born in Bauchi State, Nigeria.

In 2012, he featured as "Mr. Brown" in a romantic drama titled "Mr. & Mrs.", directed by Ikechukwu Onyeka and writing by Chinwe Egwuagu. He starred alongside with the like of Joseph Benjamin, Paul Apel, actress and writer Nse Ikpe-Etim, and veteran actress Barbara Soki.

In 2017, Paul Sambo took a lead role as Duke in the drama movie titled "The Patient", co-directed by Angel Ogbue and Tola Taye Balogun.

In 2018, he featured in a lead role as Nurudeen Gobir in Kemi Adetiba's epic crime drama titled "King of Boys". The movie was written and directed by the talented Kemi Adetiba, he starred alongside with veteran actress Sola Sobowale, accomplished actors Jide Kosoko, Akin Lewis, and Sani Muazu. The movie is one of the biggest cast of his career. His interpretation of the role and overall performance in the flix was excellent.