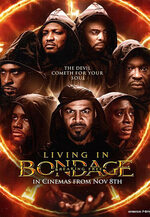 A desperate young man with an untamed quest for opulence lifestyle, flashy cars, and easy money was not fully aware of the danger and mess he's getting into when he joined an occult society for riches and affluence. He later discovered that his unknown father was down the same road years back. 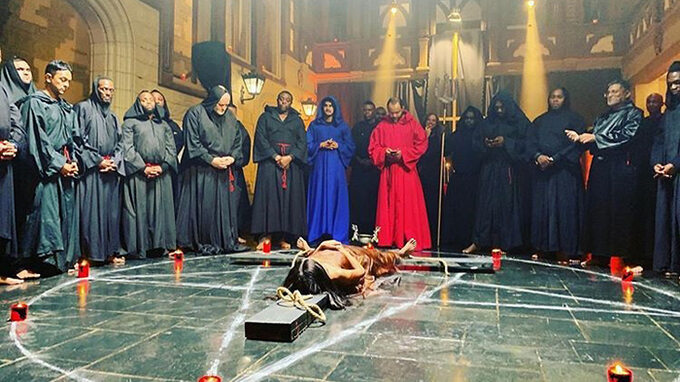 "Living In Bondage - Breaking Free" is a Nollywood drama thriller, released on November 8, 2019, directed by Ramsey Nouah, co-produced by Charles Okpaleke and Dotun Olakunri, and written by the duo Nicole Asinugo and C. J. Obasi aka Fiery. The movie is a sequel to the 1992/1993 classic "Living In Bondage", directed by Chris Obi Rapu, written by Kenneth Nnebue and Okechukwu Ogunjiofor. The movie premiered on November 2, at the Filmhouse Cinemas, Lekki phase 1, themed: "Demons in Diamonds".

A production of PlayNetwork Africa and Natives Filmworks is a marvel and pace-setter for a sequel in Nollywood. A well-written plot, exquisite directing, lovely scenery, excellent sound, and cinematography.

"Living In Bondage - Breaking Free" is the directorial debut for popular actor Ramsey Nouah. In August 2015, the movie executive producer Charles Okpaleke acquired 10 years' rights for the "Living in Bondage" franchise and asked Ramsey Nouah to work with him for the production of this sequel.

As of November 11th, this movie recorded the best opening weekend for a Nollywood movie for 2019 with a total of ₦25.9 Million, topping "The Bling Lagosian" ₦23.4 Million total.

Ramsey Nouah doubles as a cast and the movie director, this is his directorial debut and it was a great start of directing excellence. He took on the lead role of "Richard Williams" the new leader of "The Six" brotherhood. His interpretation of the role is top-notch, charming, confident, and articulate.

Nicole Asinugo and C. J. Obasi aka Fiery delivered a masterpiece screenplay, their work was very meticulous and detailed as they paid keen attention to the 1992/1993 classic story and were able to infuse important details into this story without the need of flashbacks to the older flix.

In 2018, C.J. Obasi was a member of the elite writers that delivered Genevieve Nnaji's "Lionheart" the first Nollywood Netflix original.

Kenneth Okonkwo retained the cast of "Andy Okeke" in this sequel, now a clergyman. He soon discovered he had a son "Nnamdi" acted by Swanky JKA, who has joined the brotherhood.

Kanayo O Kanayo and Bob-Manuel Udokwu also retained their cast, their roles were limited and mainly to connect this sequel to the 1992 classic.