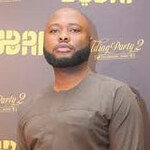 Chinaza Onuzo is a talented movie writer, producer, and director. An accomplished finance guru with a passion for writing blockbuster Nollywood movie scripts. He is known for writing the scripts of "The Wedding Party" (2016) and "New Money" (2018).

Chinaza Onuzo is a rare talent, he is an accomplished finance guru and A-lister Nollywood movie writer, producer, and director. He has been involved in many blockbusters production in the Nollywood movie industry while still having a 9 to 5 top executive finance job. He is an author for the technology blog "TechCabal" and the online news and current affairs blog "The Scoop", writing mainly on finance matters.

He bagged his Masters of Science degree in Economics and Finance from the Warwick Business School (WBS), Coventry, England, the United Kingdom in 2006.

In 2006, he joined a private equity firm named African Capital Alliance as a Senior Associate and Investment Officer, Energy sector. He has since risen to the enviable position of Vice President at the same firm.

On the side, he is a co-founder and Director of a start-up production company named InkBlot Productions with Damola Ademola and Zulumoke Oyibo Onuekwusi.

In 2016, InkBlot got a major breakthrough moment when the production outfit produced the blockbuster movie "The Wedding Party", which got showcased by Toronto International Film Festival. The movie broke most Nollywood box office records, particularly grossing over N453 million in the box office, making the highest-grossing movie at the time.

This brought the ELFIKE Film Collective into the limelight, the collective is a partnership that comprises of EbonyLife Films, FilmOne Distribution, InkBlot Productions, and Koga Studios.