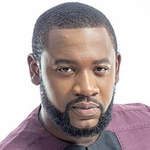 Charles Etubiebi is an award-winning Nigerian actor and performing artist. He has over 10 years of experience in acting. He has been to many film festivals around the globe.

Charles Etubiebi is an award-winning Nollywood actor, performing artist, stage entertainer, and creative entrepreneur. He has over 10 years of experience in acting and has been to many film festivals around the world. He has vast acting experience in films, stage, television, and radio.

He is a graduate of Theatre and Film Arts from the University of Jos, Plateau state.

In 2016, he featured as Bankole Cardoso in the epic drama movie titled "93 Days", directed by Steve Gukas and written by Paul S. Rowlston. He starred alongside Hollywood superstars like Danny Glover, Tim Reid, and Alastair Mackenzie. He also starred with Nollywood superstars like Somkele Iyamah-Idhalama, Keppy Ekpenyong-Bassey, and Bimbo Akintola.

The movie was based on the true-life events of the Ebola outbreak in Lagos, Nigeria in 2014. it tells the story of the heroism of Dr. Stella Ameyo Adadevoh in detecting and preventing the widespread of the deadly Ebola virus disease (EVD) in Lagos, a city with over 20 million people.

In 2018, Charles Etubiebi featured as Lanre in the epic crime drama movie titled "King of Boys", written and directed by Kemi Adetiba. The movie recorded the biggest opening week for a non-comedy Nollywood film.

In 2019, he performed the solo act in the one-man play titled "54 SILHOUETTES" at the international United Solo Festival (the world’s largest solo theatre festival) in New York. The play was directed by theatre director Africa Ukoh.

As a creative entrepreneur, he is the assistant director of the Theatre Emissary International (TEM-i) a Nigerian company.