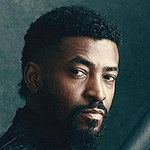 Ademola Adedoyin is a talented Nollywood actor and model. He was born on the 2nd of January, 1980 to the family of Nigerian foremost industrialist Samuel Adedoyin (owner of Doyin Groups). He has taken notable lead roles in highly successful movies like the movie titled: "October 1" directed by his cousin Kunle Afolayan.

Ademola Adedoyin is the son of Nigerian foremost industrialist Samuel Adedoyin (owner of Doyin Groups), he was on the 2nd of January, 1980 in Lagos. He is a talented Nollywood actor and model.

He has taken on a lead role in many movies including movie drama: "Couple of Days" (2016) directed by Tolu Awobiyi (LordTanner) and produced by Ayo Orunmuyi.

In 2018, he featured as "Kitan Salami" in Kemi Adetiba action blockbuster titled: "King of Boys".