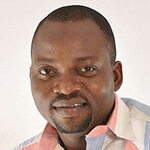 Adekola Tijani also known as "Kamilu Kompo" is an accomplished Nollywood actor, writer, producer, and director. He was born on the 1st of May, 1975 and hails from Oyo State. He is known for the movie titled: "Kamilu Kompo" (2009) and "Alekuwodo" (2016).

Adekola Tijani (known by the following aliases "Kamilu Kompo" and "Golugo") is an accomplished Nollywood actor, writer, producer, and director. He hails from Oyo State and was born on the 1st of May, 1975. He is also a comedian, stage performer, and events MC.

He was born into a polygamous home, at age 3 his mother relocated from Oyo to Lagos State, they settled in the Agege area of Lagos State, where he attended Oyewole primary school in 1983.

He relocated back to Oyo on completion of his primary school educated. While in Oyo, he attended Ansar-Ud-Deen grammar school, Opapa, Oyo.

in 1992, immediately after his secondary school education Golugo (as he's sometimes called) was opportune to joined Prince Seyi Adeoye theatre group. There he met with Olaniyi Afonja "Sanyeri" and both started off as stage performers (particularly, floor show) and toured with the group several towns and cities.

In 1996, Adekola Tijani and his friend Olaniyi Afonja "Sanyeri" both relocated back to Lagos to further their acting career. They continued with stage acting and later advanced into home video movies.

In 2009, he produced the Yoruba comedy movie titled "Kamilu Kompo" and it turned out to be a huge success, the movie title quickly became one of his aliases. The movie featured veteran Yoruba movie stars like Olaniyi Afonja "Sanyeri", Adebayo Salami "Oga Bello", Peju Ogunmola, Shola Kosoko, and Saidi Balogun.

He is the owner of the Dek Films Chamber, a division of Adekola Tijani films.